RESOLVED, That our AMA, through the Scope of Practice Partnership, immediately embark on a campaign to identify and have elected or appointed to state medical boards physicians (MDs or DOs) who are committed to asserting and exercising their full authority to regulate the practice of medicine by all persons within a state notwithstanding efforts by boards of nursing or other entities that seek to unilaterally redefine their scope of practice into areas that are true medical practice. (Directive to Take Action)

Resolution 814 emerged from the Scope of Practice Partnership (SOPP), which was formed by the leadership of the AMA and other physician trade organizations to obstruct expansion and to restrict the licensed scope of practice of other healthcare professionals. These actions by organized medicine limit access to providers who have the education, expertise and experience to offer safe, quality health care services to the public, particularly for rural, uninsured and other underserved populations. 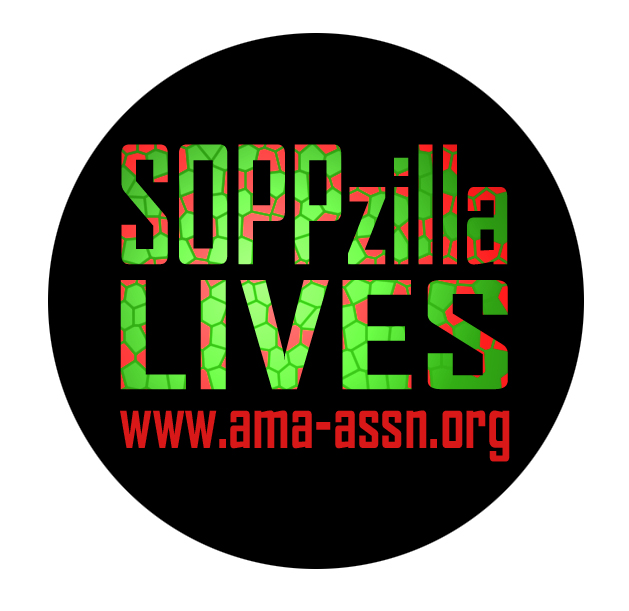 The Big Push for Midwives Campaign objects to the misleading and divisive language used in the AMA SOPP resolution, which needlessly pits medical doctors against other healthcare professionals at a time when the American public is faced with unprecedented healthcare shortages and millions of uninsured children and adults. The healthcare professionals that have been targeted by SOPP, which include nurse practitioners, physician assistants, podiatrists, optometrists, psychologists, chiropractors, and midwives, are the solution to this crisis, not the problem. The erroneous claim that SOPP can or should determine what is best for the patients of other healthcare professionals represents an outdated and patronizing line of thinking that cannot possibly serve the needs of today's patients—particularly childbearing women and their babies. Therefore, The Big Push for Midwives opposes SOPP and its efforts to restrict the scope of practice of our allied healthcare partners and to obstruct legislative initiatives that would increase access to licensed Certified Professional Midwives.

"The SOPP also is overseeing the completion of the AMA Scope of Practice Data Series, a compendium of information and resources for medical associations on 10 non-physician providers, and the creation of a geographic mapping tool that will allow Federation partners the ability to map, on a state-by-state basis and by specialty, the practice location of not only allopathic and osteopathic physicians but also various non-physician providers."

"From the President" by Ronald M. Davis, MD http://elephantcircle.net/?p=429

Following this AMA directive, several state medical boards have targeted more than a dozen midwives in states where CPM licensure is not yet available, leaving hundreds of pregnant women without care.