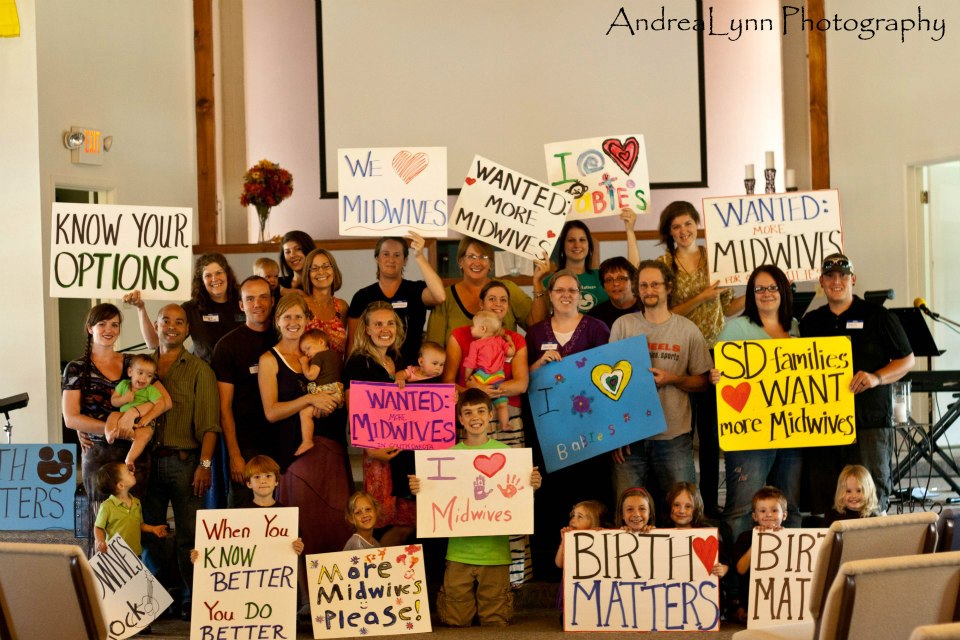 Mothers, Families, and Midwives Worked Together to Create Rules and Regulations to Govern the Licensure of CPMs

MIDWIFERY PROFESSIONAL ORGANIZATION
There is not such an organization in South Dakota.
Historically hostile practice environment precludes it. 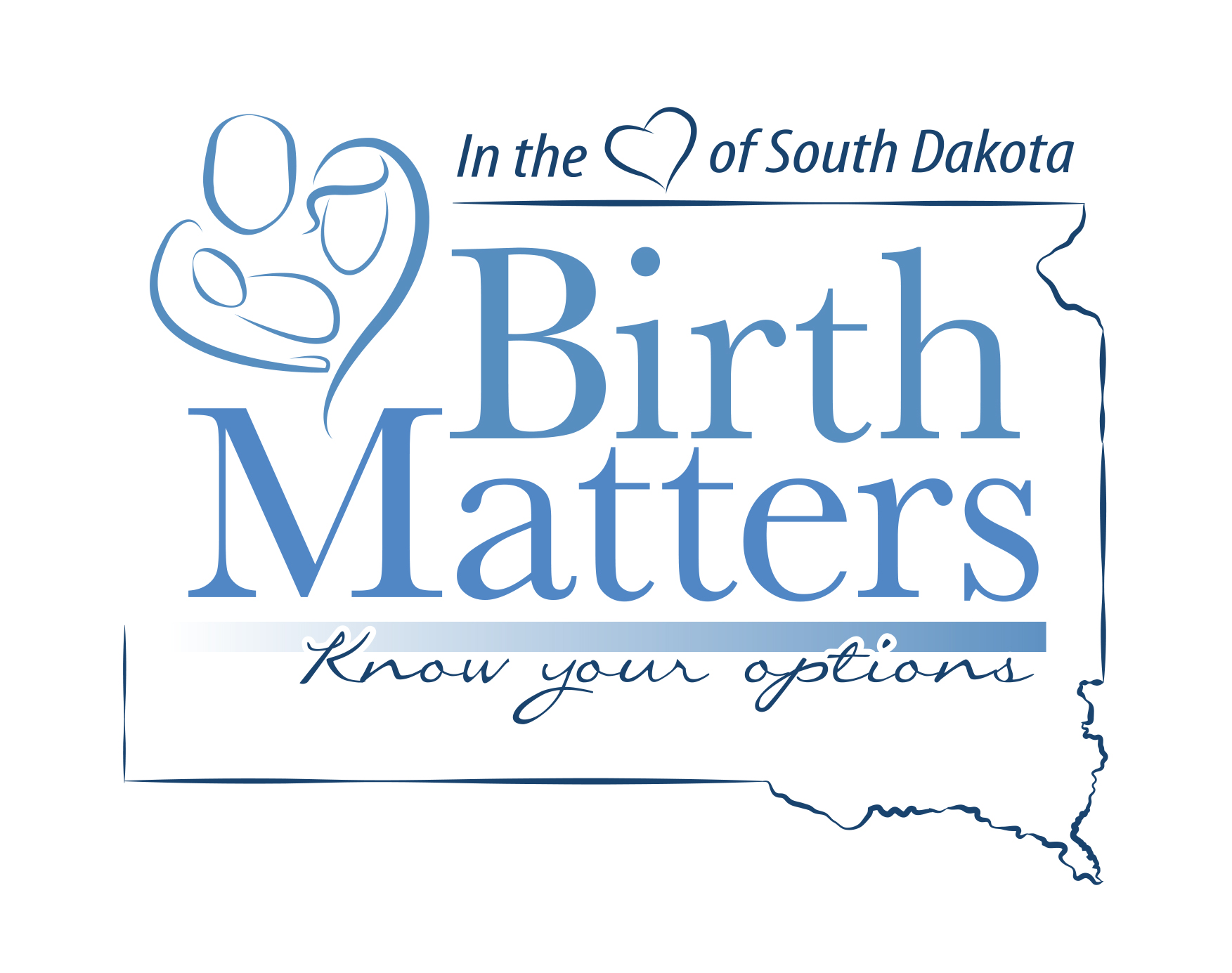 South Dakota Birth Matters was founded in 1992 as South Dakota Safe Childbirth Options when concerned families from across the state joined forces to advocate for access to midwives. At that time the South Dakota Department of Health began targeting midwives who provided community birth maternity care by sending out cease and desist letters. In 2003, two midwives were jailed for practicing as nurse midwives without a license.

These actions by the Department prompted our organization to focus their energy on educating the public and their elected officials on the merits of community birth with Certified Professional Midwives, who are specifically trained in community birth maternity care.

They have hosted an annual birth conference since 1993 where they have enjoyed such distinguished speakers as Michel Odent, Marsden Wagner, and Henci Goer. They also have maintained a strong presence in the state legislature, helping to pass the following legislation to help expand and protect options for South Dakota families:

In 2011 they chose the theme Birth Matters for their East River and West River conferences because this theme demonstrates very concisely the heart of their organization. Through their work of advocating for expanded birth options for their families, they have become the leading consumer group in South Dakota on all issues relating to birth.

In January 2012 their board began taking steps to change their name to reflect the growth their organization has experienced over the years. The name “South Dakota Birth Matters” encompasses its mission to continue improving and expanding all birth options for families in the state through education and legislation.

South Dakota Birth Matters supporters worked tirelessly across the state and made sure 2017 was the year when a bill to license Certified Professional Midwives was passed in the state. 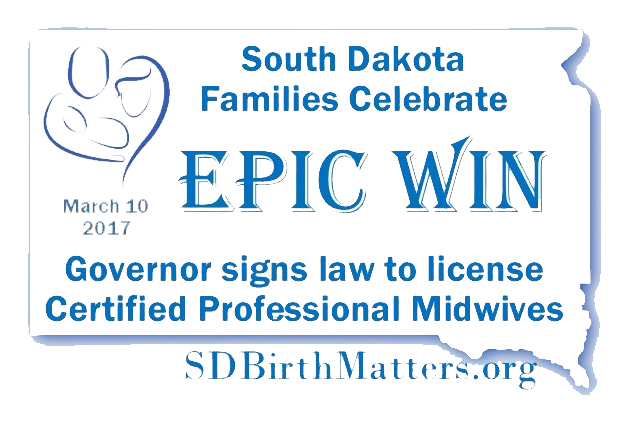 Their hard work paid off and on March 10, 2017, the State of South Dakota passed legislation to license Certified Professional Midwives. This victory comes in a state where the atmosphere has been hostile historically. While supporter had previously made steady progress in educating and winning the support of legislators, previously the Governor and consequently their Department of Health had been very opposed to licensing Certified Professional Midwives. 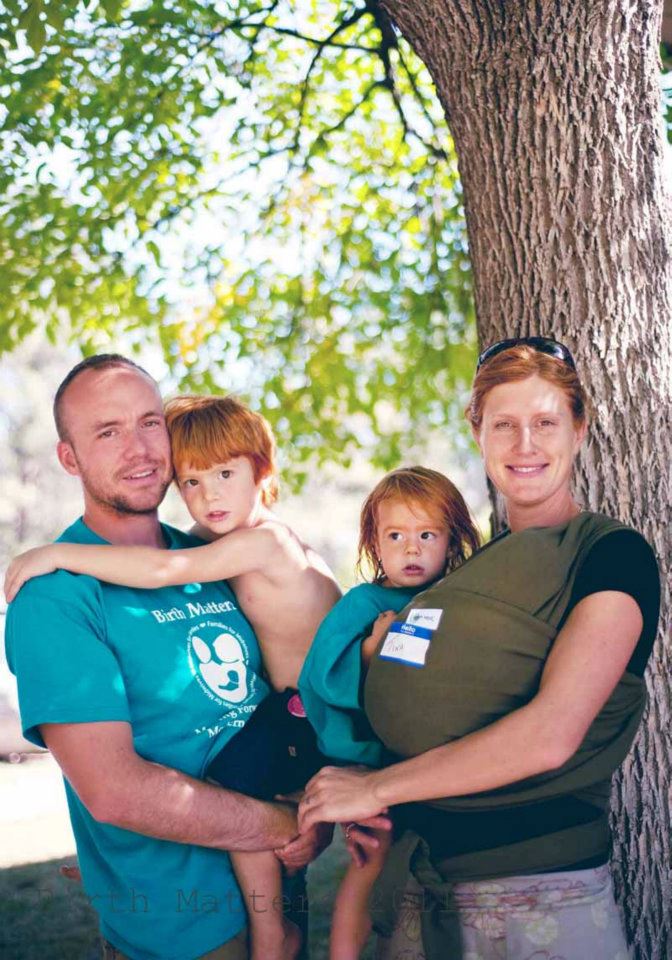 South Dakota is a very small state, with a tight budget.

"We rely on the expertise of The Big Push in many areas including writing legislation, legislative strategy, and media engagement. Being able to network with other state organizations who have members working towards the same goals has been invaluable in helping us keep up our morale in the face of tremendous opposition."

<- Erick & Tina Jensen represent the many families who had moved to Ellsworth Airforce Base after having had a home birth with a Certified Professional Midwife in another state, only to learn that option was not available in South Dakota for them. Thankfully, this has now changed!

After the South Dakota law went into effect on July 1, 2017, the Governor appointed the board. The board worked collaboratively to develop rules to regulate CPMs and help those rules navigate the rules process, which included public hearings and a hearing with the Legislative Rules Committee. This process took a while, so CPMs were not able to practice immediately when the law went into effect on July 1. The good folks of South Dakota were confident that the process would go as quickly and smoothly as possible, and their perseverance paid off for CPMs to provide care in the state.

Their rules were passed in September 2018 and the South Dakota CPM Board began accepting applications right away. They did run into a roadblock with required background checks that caused a big delay. They have finally worked through that, and in March 2019 midwives began to be licensed in South Dakota. Currently, three (3) CPMs and one (1) student CPM have received their licenses with more in the pipeline.

Folks can also donate to the reimbursement grant fund on their website using the "donate" button and specify their donation is for the reimbursement grant. For more information on the South Dakota Board of Certified Professional Midwives, visit their website: South Dakota Board of Certified Professional Midwives - SD Dept. of Health (a list of the midwives license will be added to the Board website after the next meeting on March 19, 2019).

A BIG THANK YOU ON THE LEGISLATIVE EFFORTS:

"From the bottom of our hearts, we want to say a huge thank you to all of you, our followers and supporters. Without your efforts in contacting legislators, helping with our luncheon, coming to Pierre to visit and lobby, PRAYERS, etc, etc, we couldn’t have pulled this off. We’ve been working for so many years *because* we care about you, South Dakota families, and your birthing rights and options."

"Most importantly, this absolutely wouldn’t be complete without giving God the glory. There were SO many little (and big) miracles and orchestrations along the way this year, and those of us spending time in Pierre felt His presence and peace all along the way. He had us and our bill in His Hands and without Him and all of YOUR PRAYERS, we would not have been able to do this."

WAY TO GO, SOUTH DAKOTA!!!! Families will benefit from your work for years to come!