Thank you very (very) much! 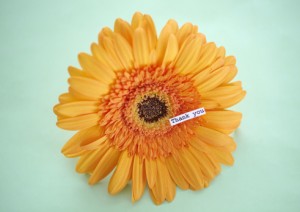 Fire up the PushMediaMachine, we are back in business! We live to Push again! Many thanks and lots of hugs and kisses to all of you incredibly wonderful Pushers and other folks who chipped in on this latest fundraising effort.

Because you reached down and gave what you could, the Big Push for Midwives campaign's "50+ Shades of Green for CPMs" fundraiser was a pretty solid success.

Although we did not quite reach our goal of $5,000 (and anyone who wants to tip us over the top is still happily encouraged to do so), we got SOOOO close that our media relaunch is a definite GO.

We are thrilled to report that we will now be able to sign up again with our media software vendor, pay our loyal social-media-maven intern his back wages, and be back to our old PushNewsRelease and PushAlert tricks again real soon.

Don't forget to visit the Newsroom and get signed up for PushAlerts!

If you have any favorite reporters, bloggers, media outlets who you want to make sure are on our lists, please pass their contact info on to [email protected].

The Big Push for Midwives campaign belongs to you.

We are here to help you in the PushStates out and to keep the Big Push for Midwives campaign going, but we are not a top-down organization, rather, we are the essence of grassroots. The Big Push campaign has always been the work of a coalition of the PushState groups, and our focus has always been to create a mutual-help project for all the consumers and midwives pushing in the statehouses and sharing ideas, strategies, successes, and setbacks to create efficiencies and interconnectivity.

For this coalition to be be sustainable, we realize that it will be necessary for periodic fundraisers. Please think of these as chipping in to keep your coalition going. A natural question is what other sources of funding might be available to us?

Our applications for grants have not been successful for the most part. Grant-makers don't seem to get it that, without licensing CPMs, nothing else really matters much—Medicaid, education, federal "recognition," schmoozing with midwives from the rest of the world, really none of it.

So long as nearly half of the women in the US lack access to Certified Professional Midwives (CPMs) just because they live in the wrong state, License First has to be the policy priority. We won't stop sharing this message.

So, again, THANKS SO MUCH to all of you and to everyone else who helped us turn 50+ shades of green into some much-needed green dollars.

The Orthodoxy of Birth

Have you ever stopped to think about how one group's version of what is true and what isn't becomes the dominant voice? All through history, one group or another has decided that it had the insider information not only about God but about life, the world, how things were supposed to work. If you weren't part of the in-group, if you doubted their worldview, their claims to orthodoxy, you were a heretic and life could get pretty unpleasant if the orthodox view had the support of the government. So, pagans against early Christians, Christians against pagans, Christianity against Islam, Islam against Christianity, Catholics against Protestants -- and that's just Europe and colonial America. Almost every religion was oppressed somewhere at some time and, if it became dominant, has done some oppressing itself. 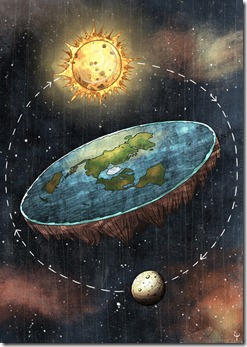 A state-forced orthodox worldview can lead a lot of people to embrace a belief which, empirically, turns out to be false. But those "heretics" who saw the flaws in the worldview, those who are the ones who said "you know, by my scientific calculations, the earth is probably round,"  and, in addition, "it revolves around the sun." They got into a lot of trouble when the state- or religion-enforced world view saw a flat earth that was the center of the universe.

When finding ways to make sure that Consumers can access the provider of their choice so that they can have a safe birth in the location of their choice, you inevitably run into the dominant worldview of the American Medical Association (AMA). To wit, in 1914, a man named Abraham Flexner told the AMA to get in one room, agree on what teaching was right, and then lobby the State and Federal governments to enforce this with their power. He didn't use the word "orthodoxy," but it just means "right teaching." All of the AMA's justification for dominance comes from the idea that they are "orthodox," and the best plan is to have the state force their ideas on us "heretics."

We now mock some of the pre-enlightenment ideas of the Church, such as the "flat earth" theory, but we aren't really any better. We still let orthodoxy dictate healthcare decisions instead of the evidence. For example, physicians knew for 20 years that they should not x-ray pregnant women, but it was "standard of care" i.e. "orthodoxy." So they kept on doing it until forced to stop.

Our challenge is very simple but very difficult: No matter what we say or can prove, "they" are going to state an unwavering belief in a flat earth. "There be monsters over there!" "You are going to sail off the end of the world!" Our task is to get us the freedom to risk sailing that way anyway on the chance that we might discover a new world instead.

Fortunately, we've already done the math. The world is, indeed, round.

Special thanks to Keith Williston of Missouri for inspiring this PushBlog post. At the heart of Keith's work in the PushStates, in Missouri and beyond, is his family-owned freestanding birth center, A Mother's Love Birth Center. Keith and his wife Rachel Williston, CNM, CPM, encourage more people to become involved in the work of the PushStates.