QUESTION #1: The American Medical Association (AMA) (along with other doctor trade organizations) has taken a stance diametrically opposed to home birth and Certified Professional Midwives (CPMs). Activist midwives and consumers who are involved in statewide legislative efforts across the US have cited the AMA's stance as a main motivator in their activism: they want to get legislation passed before the anti home birth lobby can. To what degree is the Big Push for Midwives a reaction to the stance of the AMA and other doctor's groups at the state and national levels?

ANSWER: When it comes to Resolutions the AMA passes in opposition to home birth, these are adopted in response to the growing success of the grassroots movement in support of expanding access to Certified Professional Midwives and out-of-hospital maternity care. Since midwifery activists began organizing across states in 2005—an effort that culminated in the launch of the Big Push for Midwives Campaign in 2007—UT, VA, WI, MO, ME, ID, and IN passed laws authorizing legal practice for Certified Professional Midwives, while bills that had been effectively dead for many years in states such as IL, NC, MA, AL, SD, and AL suddenly began to make significant progress.

Once such item, Resolution 205, was brought to the AMA on behalf of the American College of Obstetricians and Gynecologists (ACOG), which had issued alerts to its members about the Big Push’s legislative successes and the need to increase the resources dedicated to fighting CPM legislation (these alerts are titled "ACOG 2007 Midwifery Year In Review" and "ACOG 2008 Midwifery Year In Review").

So clearly they are concerned about the progress we’ve been making and they've made defeating our bills their second most urgent state legislative priority, ahead of issues such as medical liability reform, access to contraception, and reducing perinatal HIV.

Another such item, Resolution 814, sought to limit the scope of practice for allied health care providers, though it predates the Big Push and doesn't specifically mention Certified Professional Midwives (which physician groups love to try to malign by using the oxymoron, "lay midwives"), it was brought to the table by the Texas Association of Anesthesiologists, which had fought quite forcefully, though unsuccessfully, to repeal their state law authorizing CPMs to practice. (If you're interested in learning more about that battle, we can put you in touch with the lobbyist who helped the Texas midwives defeat the TAA, but it’s a safe bet that it was one of the primary catalysts for Resolution 814.) 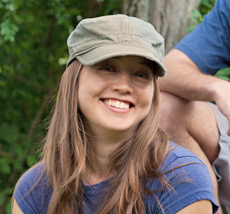 We're getting close to our target goal to help keep on the lights here in 2014 at The Big Push for Midwives with the New Year here upon us. On Friday, Jan. 24, 2014, we will celebrate our 6th PushDay and another trip around the sun aimed at expanding access to Certified Professional Midwives and out-of-hospital maternity care. But CPMs and the families who choose them still need your help! Let's make this year's goal. If you've been meaning to make a contribution, now's the time.

What Have You Done for Me Lately:
The Big Push 2013 Roundup

To help push harder in 2014, the Big Push for Midwives Campaign doubled down just lately to gather resources, provide strategic planning and message development, outreach proactively with news media, and create new tools and helpful services for state consumer and midwife groups that are actively working on legislation to license CPMs, envisioning the day when CPMs are licensed in all 50 states, the District of Columbia, Puerto Rico, the Virgin Islands, and Guam.

2013 saw the Big Push lose and regain its PushMediaMachine powered by Vocus and the Big Push Steering Committee. From the early days on the campaign in 2007 and 2008 to the headlines we see in the media today, there is so much to be grateful for across the good PushNation of tens of thousands of people. If you are left wanting for more:

The Big Push for Midwives Campaign is not a top-down organization, rather, the essence of grassroots. The Big Push has always been the work of a coalition of the PushStates groups, and the collective focus has always been to create a mutual-help project for all the consumers and midwives pushing in the statehouses and sharing ideas, strategies, successes, and setbacks to create efficiencies and interconnectivity. 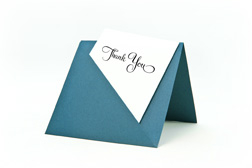 We really can't say it enough - so we'll say it again here. Thank you. We have the best group of members and supporters that we could ask for, and it's because of you that we have been able to keep going.

How far do we have to go? 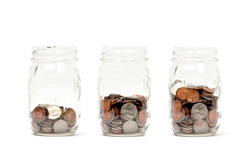 We're just 50 monthly donors (at $10/mo) away from hitting our goal and ringing the bell on making our 2014 target goal - but why stop there? Let's see if we can beat our record. In addition to donations, we could use your help spreading the word to your friends and family (and clients if you are a professional) to expand the circle of the birth activist community.