Here at the Big Push for Midwives, we highlight the fundamental importance of state licensing laws. While we all share in the excitement of the news that CPMs and the CPM credential are making headway in the U.S. Congress and in the halls of government in Washington, D.C., the excitement is more than a little tempered by the reality that unless and until CPMs are licensed in a particular state, no federal legislation will take effect in that state.

The same will inevitably be true with education loan repayment programs and other federal initiatives. The National Health Service Corps is simply not going to place a CPM in a maternity care shortage area of a state where CPMs are not licensed, and CPMs who are not licensed by their state cannot be eligible for Medicaid reimbursement.

Likewise, in January 2014, when the provider non-discrimination provision of the health care reform law went into effect — it is requiring all health insurance companies and managed care plans to include all categories of state-licensed health professionals in their networks — CPMs will NOT qualify for inclusion with other health professionals unless they are licensed. 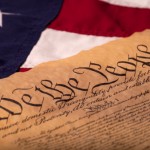 Under the U.S. Constitution, only state legislatures—not the federal government—can license health care providers. The Constitution reserves this power strictly to the states. Ultimately, it is state licensure that will ensure that all women have access to CPMs, making them easier to find by legally qualifying them to practice under state agency standards, and making them more affordable by covering their services under private insurance and Medicaid.

So, now is the time for us to re-double our "in-state" efforts. Walking the halls in state legislatures is the most important thing that can be done — right now — to advance midwifery in the United States.

Here at the Big Push for Midwives Campaign nerve center, we are inspired by all of the incredible efforts performed daily by the hard-working, dedicated, unsung, and amazing PushState advocates. What each of you are doing for mothers and babies (and their babies and their babies) every day, against nearly insurmountable odds, in so many states across this great country. But it is important to note: we see you, we honor you for all that you are doing, and we are here from sea to shining sea to support you in any and every way that we can. 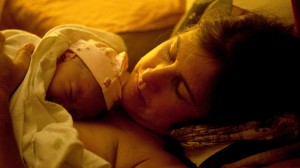